T hiscanyon is famous for the beauty and the facts of ancient years. In the territory of a canyon the hardened bones of animals who lived millions years ago, and also traces of paws of dinosaurs were found. It is possible to walk on a canyon by the boat and if to go on the top party, it is possible to find 7 meter water falls.

Martvili Monastery  is a Georgian monastic complex located in the village of Martvili in the Martvili District of the Samegrelo- Zemo Svaneti Province of Georgia. It sits upon the highest hill in the vicinity and was of strategic importance. The site upon the hill where the monastery stands today was used in ancient times as a pagan cultural center and was a sacred site. There once stood an ancient and enormous oak tree that was worshipped as an idol of fertility and prosperity. Infants were once sacrificed here as well. After the conversion of the native population to Christianity, the ancient tree was cut down so as not to worship it anymore. A church was originally constructed in the late 7th century upon the roots of the old oak tree and was named in honor of Saint Andrew who preached Christianity and converted the pagans across the Samegrelo region.

The main Martvili- Chkondidi Cathedral (Mingrelian: Chkoni translates to “oak”) was reconstructed in the 10th century after invasions that destroyed the prior church. Preserved in the church are frescoes of the 14th to 17th centuries. 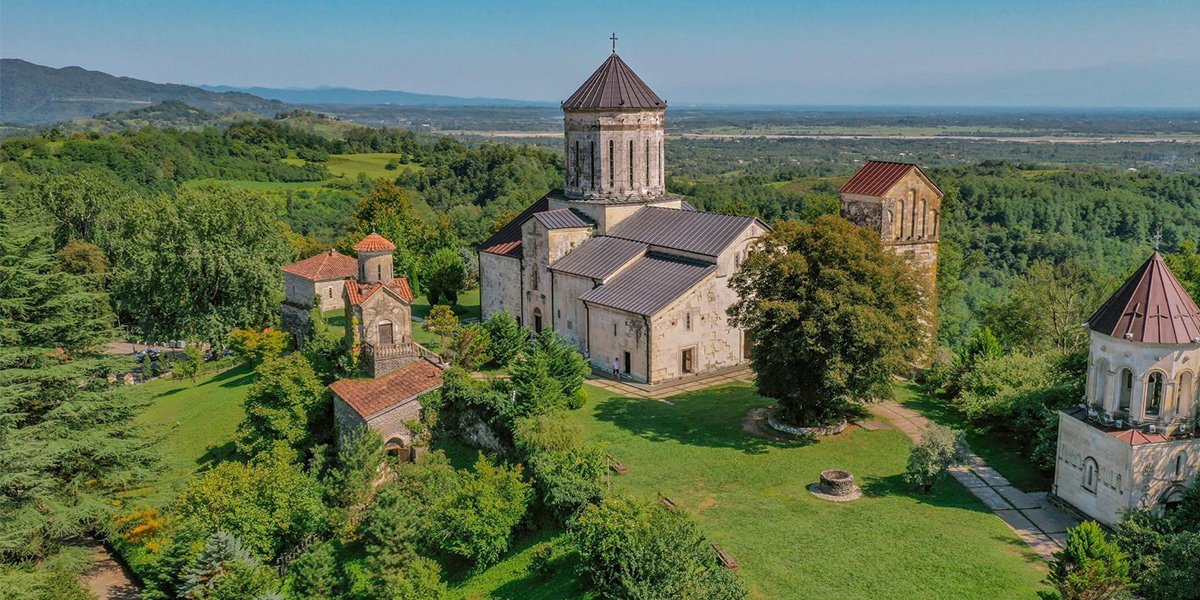